Pre-conceptional expanded carrier screening: what is it? 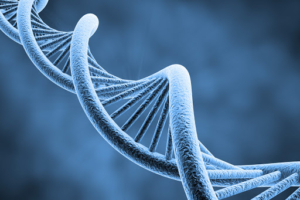 About 2-3% of the couples looking for a baby is at risk to conceive a child affected from a genetic condition.

Recently, the progress of genetic diagnostics made it possible to develop a tool to study such risk in each couple, called ‘Expanded Carrier Screening‘ (ECS). In the pre-conception era, this tool allows to significantly improve the assessment of genetic risk and consequently adapt the reproductive path of the couple. But what is the real clinical utility of the Expanded Carrier Screening (ECS)? This issue has been investigated in a recent study published in ‘Human Reproduction’ by Antonio Capalbo, scientific and laboratory director of Igenomix Italy, in collaboration with GeneraLife IVF.

“Expanded Carrier Screening – explains Danilo Cimadomo, GeneraLife Research and Development manager – is aimed at identifying, before conception, if the partners in a couple are carriers of recessive or X-linked mutations that expose them to a high risk for rare hereditary genetic conditions in the newborn. At the GeneraLife centers we provide a ‘panel’, i.e., a targeted list of genes that can be tested to identify a number of pathogenic variants, known to be causative of 20 conditions. In particular, we look for mutations that cause some of the most prevalent early onset serious genetic diseases in our population. When a mutation is shared by both partners, after extensive genetic counseling, carrier screening allows the couple to make an autonomous and informed choice on their reproductive path. Specifically, pre-implantation diagnosis can be undertaken during an IVF cycle, or prenatal diagnosis in case of spontaneous conception”.

In the new paper, during 3 years of observations, about 4,000 people were tested, including about 2,700 patients who wanted to conceive either through IVF or spontaneously. The carrier rate of genetic mutations was 10%. In 20 of the 766 couples tested (about 3%), both partners shared a mutation, being therefore at risk of having children affected from a genetic condition, with no family history for such disease. The pathologies identified were cystic fibrosis, fragile X, SMA, Beta-thalassemia, Muscular dystrophy and Smith-Lemli Opitz syndrome. Fifteen of these couples decided to undergo pre-implantation testing (PGT) at the GeneraLife centers in order to identify the embryos affected from the genetic pathology of which they were carriers. Of note, expanded carrier screening allows the couples to extend the screening to family members in their reproductive age, whenever a mutation is identified. In fact, the study also reports three cases of “cascade tests” that have also proved useful for the reproductive projects of third family members.

“This study represents a further scientific proof of the clinical value of this screening tool in the clinical practice not only for testing donors, which is common practice at present, – explains Alberto Vaiarelli, medical scientific coordinator of the GeneraLife clinic in Rome – but also in any IVF cycle. Clearly it is essential to provide correct and transparent counseling to the patients, to underline that the purpose of carrier screening is a reduction of the reproductive risk, and to limit the analysis to genetic variants for which the clinical consequences are known, the severity of the genetic condition is predictable and is high and, most of all, that are clinically-actionable”.

ELLE SPAIN on nutrition for fertility