How to define ‘success’ in IVF? 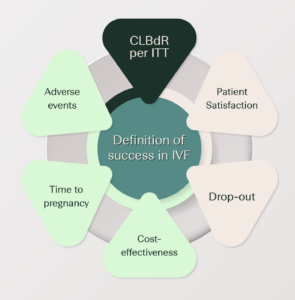 The first ever article signed by all GeneraLife centers analyzes the state of the art for evaluating the success of an IVF treatment.

The premise is clear: the goal of an in vitro fertilization cycle is always to obtain the birth of a child. However, as we know, in vitro fertilization cannot confer “competence” on an embryo, that is, it cannot make it capable of giving rise to a pregnancy and a child to be born. It can only provide treatment that is as safe as possible for each couple, in an attempt to maximize a predetermined chance of success.

In a new comment published on RBMO, the first to be signed by all the GeneraLife centers, the experts stress that, in the definition of success in in vitro fertilization, analyzes of risks, costs and time invested by patients must also be included, as well as their satisfaction. As if to say: at what ‘price’ is a birth obtained, in terms of economic and psychological stress for patients? What risks can be avoided, and which ones can be considered acceptable? The authors wanted to review all the aspects involved (summarized in a very eloquent graphic) and highlight the points still open, suggesting that perhaps there would be a need for greater international consensus in the definition of “success” in IVF, as well as control by third-party authorities in case success rates are reported in a misleading or smoky way.

CRYO-STORAGE DURATION OF THE EMBRYOS DOES NOT AFFECT RESULTS AFTER IVF.

Mosaicism in embryos: a breaktrough study on the ‘American Journal of Human...
Scroll to top