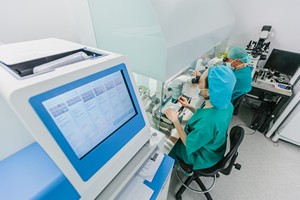 9th August 2021 – GeneraLife (the “Group”), a company owned by an independently managed investment subsidiary of Investindustrial Growth L.P. (“Investindustrial”), successfully continues its consolidation strategy in the highly fragmented European fertility industry with the acquisition of Ginemed (the “Company”) from Sanitas, a Bupa group company.

Founded in Seville in 1992 by doctors Fernando and Pascual Sanchez, and with more than €26 million in revenues, Ginemed is one of the largest groups of fertility clinics in Iberia, with a presence across all major cities in Spain and Portugal, and with 15 sites and multiple satellite centres (including 8 sites recently opened or planned to open in the next 12 months).

In addition to further strengthening GeneraLife’s leadership in Spain, the acquisition marks the Group’s entrance into Portugal. Since Investindustrial’s initial investment in 2019, GeneraLife has experienced a period of significant expansion as it has created a pan-European platform of fertility clinics through 7 acquisitions between Spain (Ginefiv and Ginemed), Czech Republic (FertiCare), Italy (Genera, Livet and Demetra), and Sweden (Linné), as well as the development of greenfields and satellite centres. This growth has successfully consolidated GeneraLife’s position as the largest integrated group of private fertility clinics throughout Southern Europe, and a top three player across the whole continent.

Following this acquisition, GeneraLife will have revenues of almost €90 million, comprise a footprint of 30 clinics (including 10 in ramp up), and will carry out more than 25,000 treatments yearly and employ approximately 600 doctors and other healthcare professionals. GeneraLife is led by CEO Marcos Bueso and Scientific Directors Laura Rienzi and Filippo Maria Ubaldi, two of the most internationally recognised experts in assisted reproduction.

Marcos Bueso, CEO of GeneraLife, said: “Infertility has been defined by the World Health Organisation as a ‘global public health issue’ and it affects a growing population due to a range of social and medical factors. This acquisition marks a significant milestone for GeneraLife and the industry generally, as we strive to offer universal access to reproductive healthcare services across Europe. Under the Sanchez brothers’ leadership, Ginemed has built a strong international reputation for best-in-class research, scientific protocols, and patient care. We look forward to working closely with them as we continue to serve thousands of patients throughout Europe who benefit from fertility treatments each year.”

On “Il Sole 24 Ore” the GeneraLife forest for children born during...

A new GeneraLife study on the ASIAN JOURNAL OF ANDROLOGY concerning male fe...
Scroll to top