Diet and conception, a new study from GeneraLife on ‘Antioxidants’ 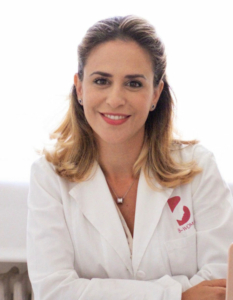 Several studies in animal models have reported adverse effects caused by unbalanced diets, such as a diet high in fat, fat and sugar and / or low in protein, particularly on mitochondria, the ‘powerhouses’ of human cells.

The alterations produced by the most common eating errors have been investigated in a new study by the GeneraLife team, published in the journal ‘Antioxidants’.

The work investigates the key role of mitochondria in female reproduction and the effects of different diets on the mitochondrial activity of oocytes, with possible short, medium and long-term effects.

And all this can affect: the development of follicles (structures within which oocytes develop); the final maturation of the oocytes; the consequent embryonic development.

“These are events with possible repercussions in the short (fertilization problems, failure of embryonic development), medium (missed pregnancy) and long term (mitochondrial DNA is inherited through the mother and, if there is damage, they are passed on to future generations)”, says Gemma Fabozzi, first author of the study and embryologist at the GeneraLife center in Rome.

IVF in Italy: many chances for infertile couples
Scroll to top